Tourist arrival numbers could be subsiding 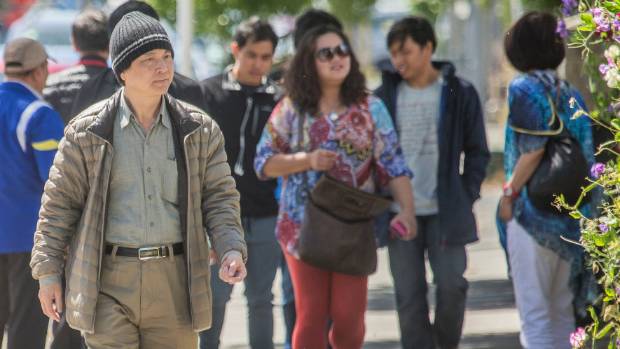 Infometrics says the underlying growth in tourist numbers might be beginning to subside.

Tourist numbers have dropped for the first time in almost three years in what could be the first signs of the boom beginning to subside.

The number of tourist arrivals in March fell 0.2 per cent from last year, led mostly by a large drop in the number of visitors from Australia.

Economic research firm Infometrics said the weakness, particularly in arrivals from Australia, was a surprise.

"We expected stronger economic conditions across the Tasman to drive up the number of tourists this year, and it will take a very strong April result to reassure us of short-term prospects for the Australian market."

Infometrics said the softening appeared to be at least in part due to the timing of Easter this year, being in April rather than March.

"Nevertheless, slower growth over the March quarter suggests that underlying growth in tourist numbers might be beginning to subside."

But the New Zealand dollar was expected to soften against both the Australian and US currencies in the second half of this year, which would hurt travel budgets overseas.

"This continued strength in departures comes on the back of strong economic growth and improving labour market conditions and reflects the optimistic outlook for the coming year.

"The economy will continue to perform relatively well, leading us to expect further growth in the number of New Zealand holidaymakers this year."